The Convent of Relais Borgo Campello

Reserved only for those who book on our website

The Convent of Saint John and Peter has been renovated, starting in 2011, recovering and restoring two ancient adjacent convents that had been united in 1604.

The first Monastery, dedicated to St. Peter, was attributed at the beginningof the tenth century; the second was dedicated to St. John the Baptist, where the nuns who resided in the Monastery of the Castle converged.

The complex boasts important pictorial works, related to the medieval and Renaissance periods such as: “Crocefisso con Santi” by Maestro Fossa, later, a”Natività” and”Matrimonio mistico di Santa Caterina d’Alessandria”, by the Master of Eggi. Other frescoes dedicated to the Mother of Christ including:  “Maria con Bambino in trono” and a splendid “Madonna della misericordia” by Spagna.

Some frescoes, despite attempts at restoration, have been partially lost or ruined due to the medieval practice of defacing and covering the frescoes with lime to disinfect the rooms, which often happened because the pigments used in their creation were considered diffusers of the plague. 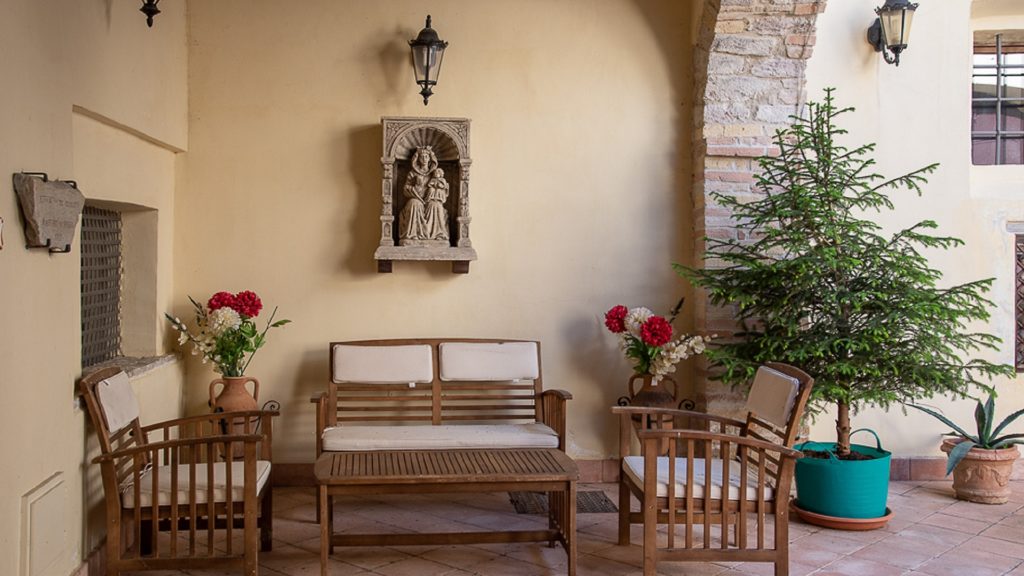 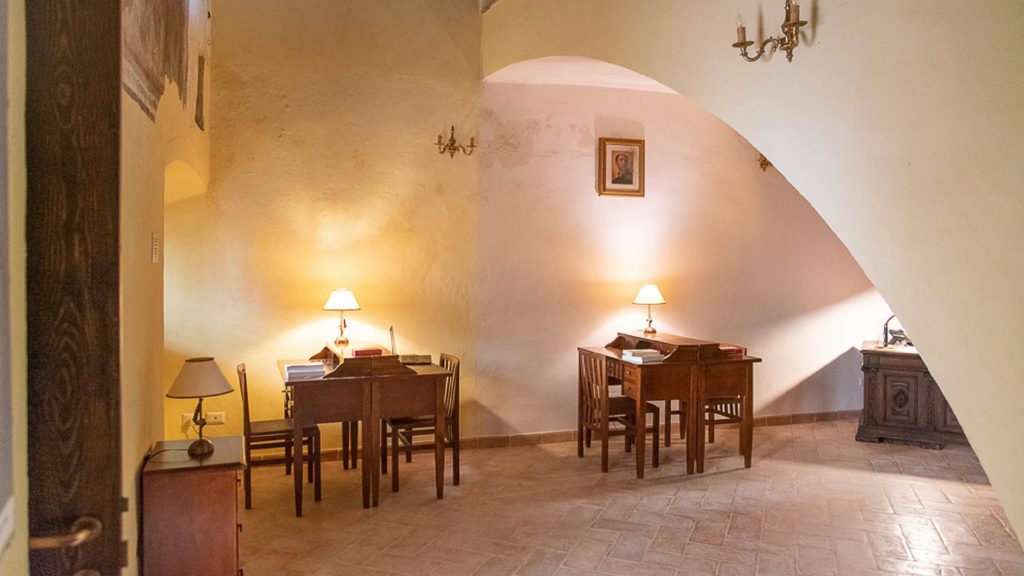 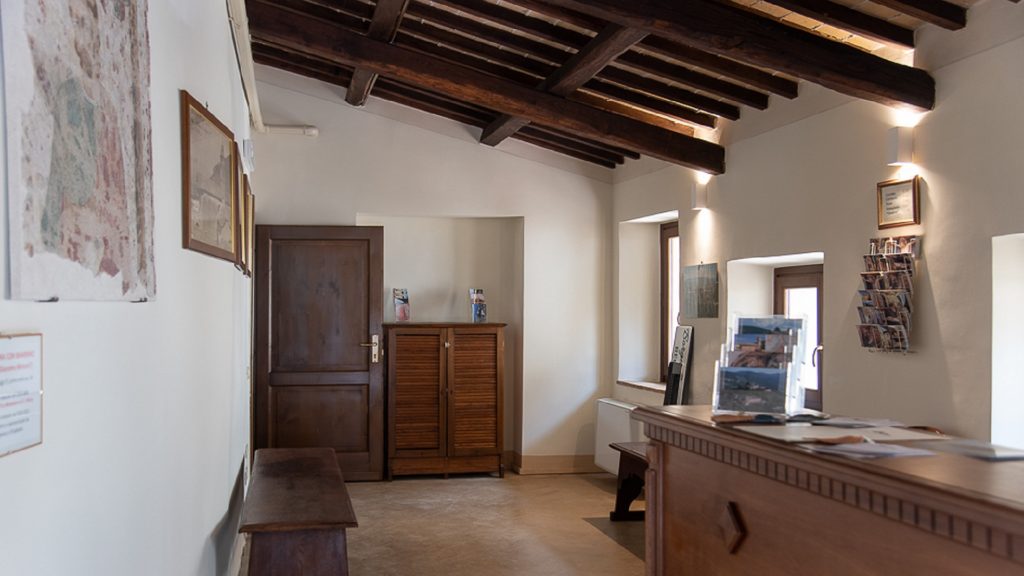 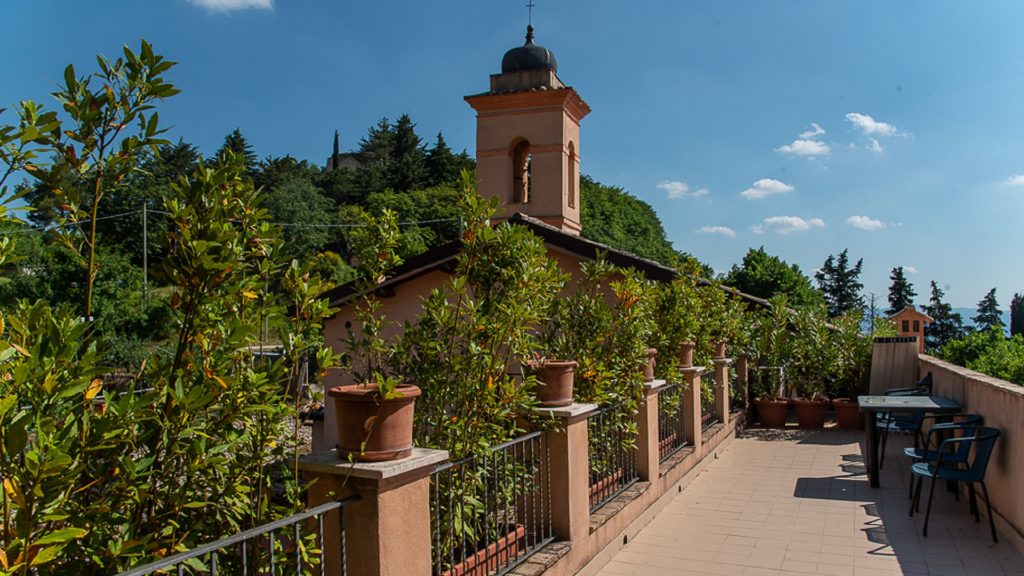 The Convent was abandoned until its purchase by the Barnabite Fathers in 1935 and restored by them.

Over the years the Monastery has hosted important conferences in the History of Philosophy, international university conferences of the Faculties of German-speaking Physics, countless yoga classes and spiritual retreats of the famous father Antonio Gentili, author of the masterpiece “Dio nel silenzio”.