Reserved only for those who book on our website

Majestic and imposing, the Castle of Campello rules from above the green Spoleto valley.  Surrounded by circular walls, with Guelph battlements and an ancient tower (called Delle Carceri), the Castle keeps its medieval structure intact, well preserved thanks to various restorations making it among the most characteristic castles in Umbria.

The ancient nucleus of the current municipality was located right in the hamlet of Campello Alto, the Castle, built in 921 by Rovero di Champeaux, Baron of Burgundy, on the top of a hill at 514 m above sea level. From it would derive the Campello family of counts and the name of the town. 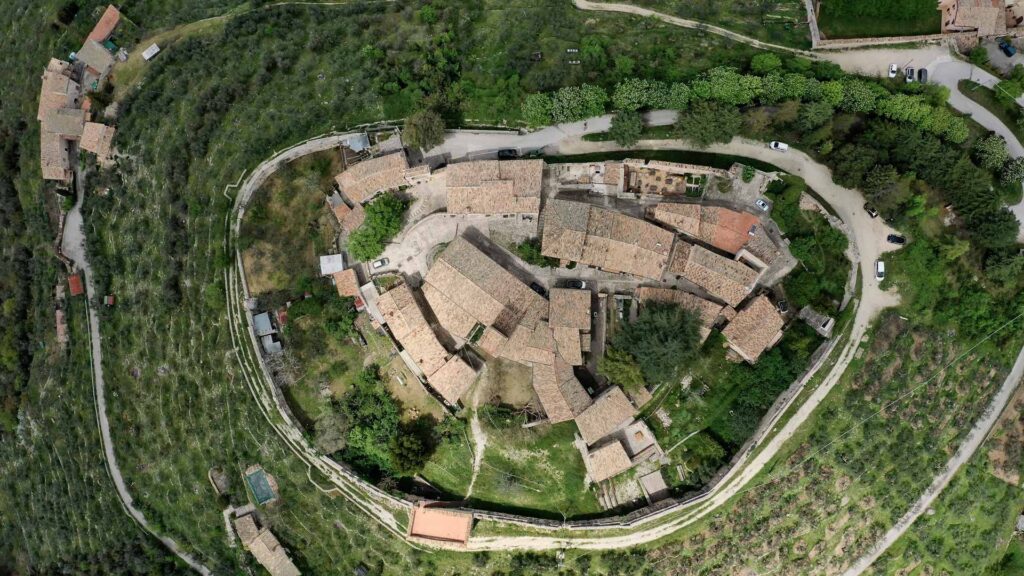 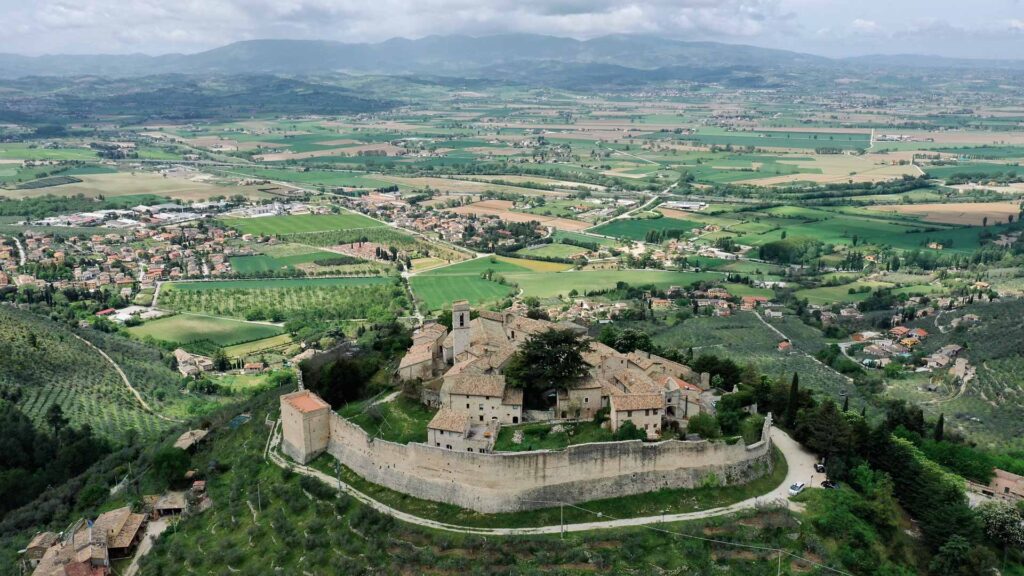 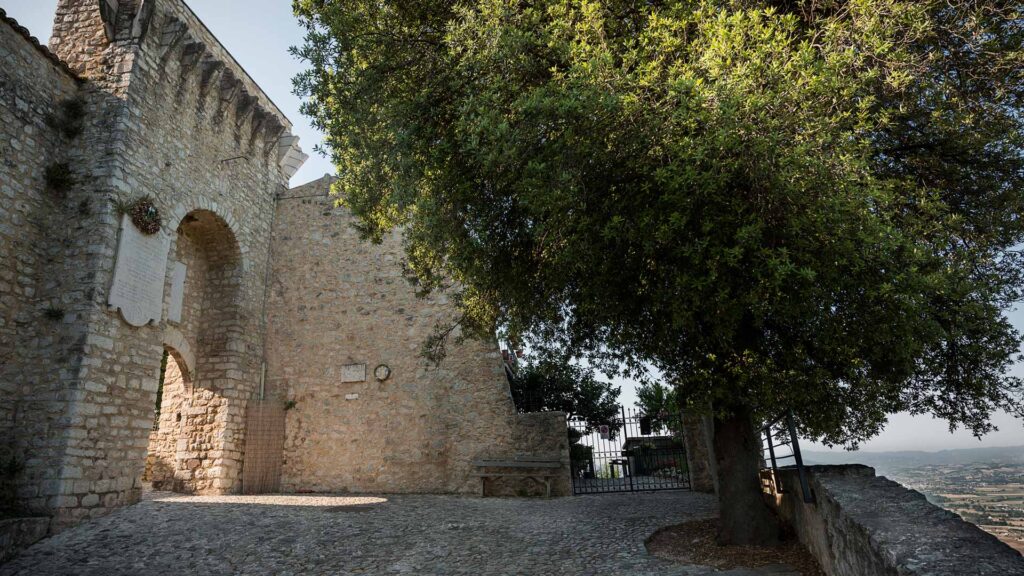 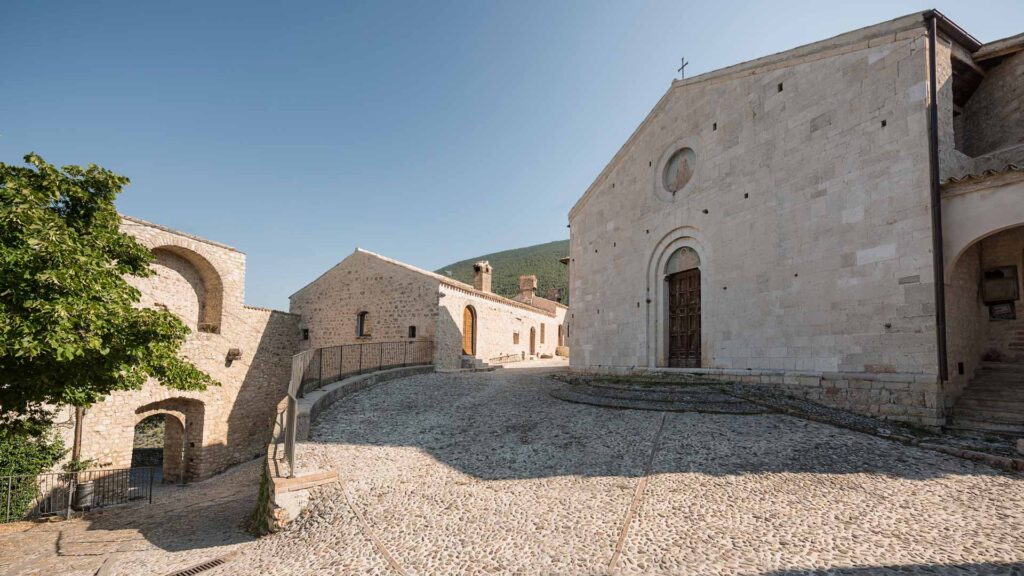 Rovero was originally from Reims and was in the wake of Duke Guido of Spoleto: Lamberto, Emperor of the Holy Roman Empire, who granted him the authority to build a fortress on a hill and assigned him a fiefdom with eight villages, called “Gualdi Ranieri”.
Followers of Federico II and enemies of the Church, the Campellos were admonished by Pope Honorious III, in 1226, as sons of the devil, “Tancredi filius beliàl”.

In the middle of the fourteenth century the Castle was attacked by the Eugubin mercenaries of the Spoleto gunslinger Pietro Pianciani who destroyed, with a fire, the Mansion of the Counts and the Castle: the inhabitants of Spoleto, however, reimbursed Campello for the damages suffered.

In 1390 the counts of Campello ceded their feudal rights over the Castle to the local massari.
In the sixteenth century the fiefdom was founded on the Statutes: 35 scrolls defining the rules for civil and religious coexistence, festivals, public hygiene, wood cutting, harvesting, breeding and the salt taxes.

Until the eighteenth century the Castle remained united with the city of Spoleto; it later became an autonomous municipality.

Currently, the hamlet has about twenty inhabitants.  The front door with its defensive apparatus is still clearly visible, as well as the public building and the church of San Donato. The latter dates back to the twelfth century with a characteristic two-sloping façade of the first Spoleto Romanesque and portal with two recesses with oculus.

The 25-meter bell tower was a former medieval tower. Restored in baroque times, as can be seen by a wooden altar and baptismal font, it has various frescoes from the fifteenth century and is enhanced by an important nineteenth-century organ.

Unfortunately, it is currently closed due to damage suffered in the last earthquake.

Still visible is an ancient female convent dedicated to St. John the Baptist, now a private house, cobbled streets, wells and common ovens, some of which are still used by the few locals.